Art Whino returns to Richmond, VA for the third installment of the Richmond Mural Project.  After completing 48 murals during the last edition of the mural project, Art Whino will work with eight to twelve of the top muralists from around the world  to curate another round of murals. Last year brought an incredible amount of press coverage and the murals made it on top lists such as Buzzfeed, which ranked the Etam Cru mural #3 Best Street art in the world of 2013. Bringing Richmond a sampling of the great variety of mural work worldwide, just as in past years, the selection of artists will feature a dynamic range of styles and subject matter which creates a unique experience for visitors, providing a glimpse into a worldwide movement in one city.  The creation of another 20 murals this year will bring the number to over 68 throughout the city, further establishing the Richmond Mural Project. This edition will continue to build Richmond’s reputation as a go to destination for murals that incite exploration of the city through weekend visits that result in the discovery of the city Richmond itself, with its neighborhoods, businesses, and culture, as visitors hunt for the next mural.

MISSION: The Richmond Mural Project is a yearly event with the goal of creating over 100 murals by world renown talent in the first 5 years alone. The recurrence and solidification of the project throughout this time will establish Richmond as a landmark destination for internationally recognized murals and will create exposure for the city, establishing it as a premier art destination.  By concentrating a large number of murals throughout the city the project will increase tourism and will bring the much needed “Feet on the Street” which will help local business thrive. 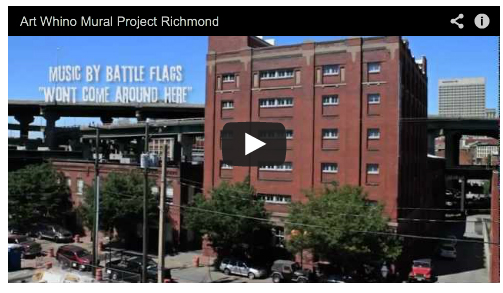 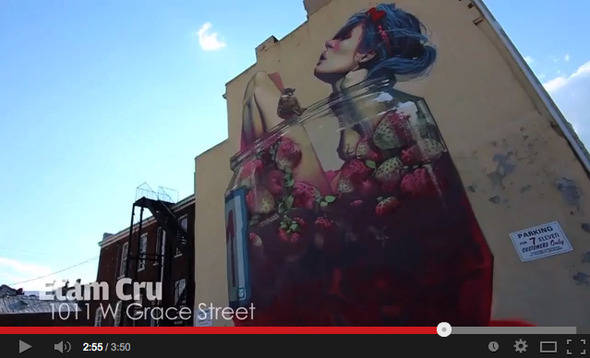